Spuds beat us? Who saw that coming? 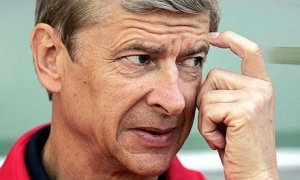 All season I’ve been hearing fans and media say how bad Arsenal has become and how Arsene Wenger needs to leave and for the most part I have been defending them.  After Sundays match those words truly hit me like a ton of bricks.  I just couldn’t or wouldn’t believe how far we have sunk in the ranks of the elite of the EPL. That match saddened me, put me in a funk that watching Beyoncé shake those perfect legs couldn’t cure.  We lost the NLD to the freaking SPUDS, the SPUDS.

Of the last 12 matches this was the one game I was certain we would win.  The team would definitely be ready for this match. Right? It’s the freaking NLD against the Spurs, championship placement on the line, this was the game I thought they would come out feet-a-blazing and pepper the big Frenchman all night.  Wenger would set a low defensive line to protect from their pace and at least take a 3-1 victory. I was all set to draw a big cannon aimed at a scared little rooster with Bales face.

I could not have been more wrong. We started the game off pretty well I think.  Had an up tempo to the squad, CJ was looking good at RB, Walcott’s pace was bothering them and Jacky boy was doing his thing.  Spurs were on the defensive and all was right with the world.  Then in a five-minute stretch the stars stopped shinning, darkness fell over the pitch, and our central defense reverted back to grade school when you don’t quite understand the concept of marking your man.

A lot went wrong in those five minutes and I know Arsene is the manager and should get blamed but our Capt. on the pitch did not show any leadership.  It’s Tommy V’s job to get his back line in the right positions  and for goodness sake stop going so far up the pitch.  Nacho,Arteta and Ramsey close down on your man, don’t let him make the easy pass and catch. Mr Mertz *sigh*.

The look on our faces pretty much said it all.  The confidence is completely shot and our reign as North London‘s Elite club has come to and end. For this season. We will once again rule the NLDs.